Xudong Chen is an Assistant Professor in the Department of Electrical, Computer, and Energy Engineering at the University of Colorado Boulder. Prior to that, he was a postdoctoral fellow in the Coordinated Science Laboratory at the University of Illinois, Urbana-Champaign. He obtained the B.S. degree in Electronics Engineering from Tsinghua University, China, in 2009, and the Ph.D. degree in Electrical Engineering from Harvard University, Massachusetts, in 2014. He is an awardee of the 2020 Air Force Young Investigator Program, a recipient of the 2021 NSF CAREER award, and the recipient of the 2021 Donald P. Eckman award. His current research interests are in the area of control theory, stochastic processes, optimization, game theory and their applications in modeling, analysis, control, and estimation of large-scale complex systems.

Draguna Vrabie is a Chief Data Scientist in the Data Sciences and Machine Intelligence Group at Pacific Northwest National Laboratory. She serves as Team Lead for the Autonomous Learning and Reasoning Team and Thrust Lead for the Data Model Convergence Initiative. Before joining PNNL in 2015, she was a senior scientist in the Control Systems Group at United Technologies Research Center, East Hartford, Connecticut, from 2010-2015. Vrabie received a Ph.D. in Electrical Engineering for her work on adaptive optimal control by reinforcement learning principles from the University of Texas at Arlington. She received Dipl. Ing. and M.S. degrees in Automatic Control and Computer Engineering from the Gheorghe Asachi Technical University in Iasi, Romania. Her work focuses on the design of adaptive and predictive control systems. Her current research is on control and deep learning. She applies her expertise to high-performance cyber-physical energy systems and autonomous scientific discovery. Vrabie co-authored two books on optimal control, reinforcement learning, and differential games and has published over seventy peer-reviewed journal and conference papers. Her work was recognized with Best Paper awards and two corporate awards for outstanding achievement and operational excellence. Vrabie holds seven patents, and in 2021 she received an R&D100 Award. She is a member of the IEEE.

Control design based on deep learning

Dr. Xiaobo Tan is an MSU Foundation Professor and the Richard M. Hong Endowed Chair in Electrical and Computer Engineering at Michigan State University (MSU). He received his bachelor’s and master’s degrees in automatic control from Tsinghua University, Beijing, China, in 1995, 1998, respectively, and his Ph.D. in electrical and computer engineering (ECE) from the University of Maryland in 2002. His research interests include bio-inspired robots, soft sensors and actuators, and modeling and control of systems with hysteresis. In particular, his group has developed and field-tested autonomous underwater and surface robots for mobile sensing applications. He has published over 300 papers and been awarded four US patents in these areas.

Dr. Tan is a Fellow of IEEE and ASME. He is a recipient of the NSF CAREER Award (2006), MSU Teacher-Scholar Award (2010), MSU College of Engineering Withrow Distinguished Scholar Award (2018), Distinguished Alumni Award from the ECE Department at University of Maryland (2018), and multiple best paper awards. He is currently a Senior Editor for IEEE/ASME Transactions on Mechatronics and serves on the Executive Committee of the ASME Dynamic Systems and Control Division. Dr. Tan is keen to integrate his research with educational and outreach activities, and has served as Director of an NSF-funded Research Experiences for Teachers (RET) Site program at MSU from 2009 – 2016 and Curator of a robotic fish exhibit at MSU Museum in 2016-2017.

Fish and Robot: Bio-inspiration, Underwater Sensing, and the Role of Dynamics and Control

Evolution over the course of 500 million years has endowed fish with superior swimming and sensory capabilities in water. This has not only captivated the interest of biologists, but also spurred the development of underwater machines aiming to emulate fish’s locomotion and sensing marvels. In this talk I will first discuss efforts in developing hydrodynamic sensing systems inspired by lateral lines, the flow-sensing organ of fish. I will then illustrate the important role played by advanced modeling and control tools in optimizing robotic fish’s locomotion performance. I will further introduce gliding robotic fish, a new class of robotic fish that incorporates gliding to boost locomotion energy-efficiency, and discuss its application to autonomous underwater sensing. In one example, the unique spiral dynamics of gliding robotic fish is exploited in sampling the distribution of harmful algae along water columns. In another example, a network of gliding robotic fish is proposed for tracking the movement of invasive fish species with acoustic telemetry, and we show how distributed filtering algorithms can be used to localize the moving target. Both examples will be supported with results from field experiments.

Frank Doyle is the John A. Paulson Dean of the Paulson School of Engineering and Applied Sciences at Harvard University, where he also is the John A. & Elizabeth S. Armstrong Professor. Prior to that he was the Mellichamp Professor at UC Santa Barbara, where he was the Chair of the Department of Chemical Engineering, the Director of the UCSB/MIT/Caltech Institute for Collaborative Biotechnologies, and the Associate Dean for Research in the College of Engineering. He received a B.S.E. degree from Princeton, C.P.G.S. from Cambridge, and Ph.D. from Caltech, all in Chemical Engineering. He has been recognized as a Fellow of multiple professional organizations including: IEEE, IFAC, AIMBE, AIChE and the AAAS. He was the President for the IEEE Control Systems Society in 2015 and was the Vice President and Chair of the Technical Board for the International Federation of Automatic Control from 2014 to 2017. In 2015 he received the Control Engineering Practice Award from AACC and in 2020 received the Industrial Achievement Award from IFAC; both for the development of the artificial pancreas. He is an elected member of the National Academy of Medicine (2016), the National Academy of Inventors (2020), and the National Academy of Engineering (2021). His research interests are in systems biology, network science, modeling and analysis of circadian rhythms, and drug delivery for diabetes. In his spare time, he enjoys hiking with his family, genealogical research, and is a certified soccer referee at the adult and collegiate level.

The future of healthcare will involve personalized medical therapies for individuals. In applications involving the delivery of a drug (for example, insulin), such personalization can be achieved through the use of tailored feedback control strategies. For close to 30 years, our research group has collaborated with medical experts on the design of algorithms for safe and effective insulin delivery for individuals with Type 1 diabetes mellitus (T1DM). T1DM is a chronic autoimmune disease affecting approximately 35 million individuals world-wide, with associated annual healthcare costs in the US estimated to be approximately $15 billion. Over the years, there have been remarkable innovations in glucose measurement technology, insulin pump design, and personalized control algorithms. Over the last 5 years, multiple commercial closed-loop devices have entered the market, thus delivering the so-called “artificial pancreas” to individuals with T1DM. In this talk, I will outline the difficulties inherent in controlling physiological variables, the challenges with regulatory approval of such devices, and will describe several control systems engineering algorithms we have tested in clinical and outpatient settings for the artificial pancreas. I will describe our work in creating an embedded version of our MPC algorithm to enable a portable implementation in a medical IoT framework and will highlight some of the open challenges for automated insulin delivery. I’ll close by sharing other medical examples where feedback algorithms could provide transformational advances in personalized medicine, including chronotherapy.

Dr. Ayanna Howard is the Dean of Engineering at The Ohio State University and Monte Ahuja Endowed Dean’s Chair. She also holds a faculty appointment in the college’s Department of Electrical and Computer Engineering with a joint appointment in Computer Science and Engineering. Previously she was the Linda J. and Mark C. Smith Endowed Chair in Bioengineering and Chair of the School of Interactive Computing at the Georgia Institute of Technology.

Prior to Georgia Tech, Dr. Howard was at NASA’s Jet Propulsion Laboratory where she held the title of Senior Robotics Researcher and Deputy Manager in the Office of the Chief Scientist. Her research encompasses advancements in artificial intelligence (AI), assistive technologies, and robotics, and has resulted in over 250 peer-reviewed publications. At NASA, she worked on designing advanced technologies for future Mars rover missions. Now, she works on projects ranging from healthcare robots to developing methods to mitigate bias and trust in AI. In 2013, she founded Zyrobotics, an education technology startup, which designs AI-powered STEM tools and learning games to engage children with diverse abilities. She has also served as the Associate Director of Research for the Institute for Robotics and Intelligent Machines, Chair of the Robotics Ph.D. program, and the Associate Chair for Faculty Development in ECE at Georgia Tech.

Dr. Howard is an IEEE and AAAI Fellow and recipient of the Anita Borg Institute Richard Newton Educator ABIE Award, CRA A. Nico Habermann Award, Richard A. Tapia Achievement Award, and NSBE Janice Lumpkin Educator of the Year Award. She also serves on the Board of Directors for the Partnership on AI and Autodesk. To date, Dr. Howard’s unique accomplishments have been highlighted through a number of other public recognitions, including highlights in Vanity Fair, USA Today, Upscale, Black Enterprise, and TIME Magazine, as well as being recognized as one of the 23 most powerful women engineers in the world by Business Insider and one of the Top 50 U.S. Women in Tech by Forbes. She regularly advises on issues concerning robotics, AI, and workforce development, including functioning as an AI advisor on the YouTube Future of AI documentary series produced by Robert Downey Jr.

Dr. Howard is a frequent speaker and expert source for venues such as CNN and NPR. She regularly gives invited seminars at venues such as the Smithsonian Design Museum, Science Museum of London, Detroit Science Museum, and the National Security Agency. Her research leadership has also been externally recognized through her role as a U.S. Embassy Speaker Specialist and her Congressional Testimony on Innovation, just to name a few.

END_OF_DOCUMENT_TOKEN_TO_BE_REPLACED 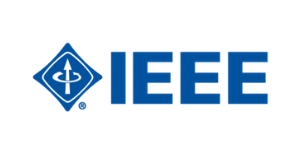 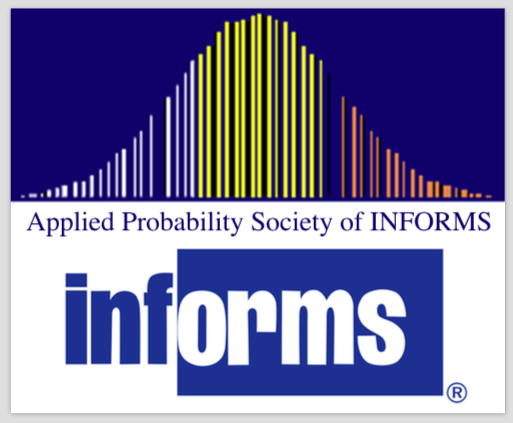